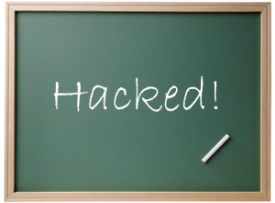 Do you remember Catherine Venusto, the super mom who accessed illegitimately her kids’ school systems to change their grades?  Using the passwords obtained while working as secretary for the same school district (Northwestern Lehigh School District), she was able to access the systems 110 times in 2012 (and 2012) changing the grades.

The half-dozen felony counts she was arraigned on as a consequence of her actions, where not enough to prevent other school hackers to follow the same example.

The latest episode happened in Italy (Technical Institute Marzotto in Valdagno, near Vicenza), where a gang of 10 school hackers (including five minors) have been reported for illegitimately accessing their teacher’s computer, stealing the drafts of the tests and in several cases altering the grades.

The intrusions started during the last school year and could have been undetected If the hackers, maybe feeling too much comfortable with their actions, exaggerated with their improvised “prediction capabilities”. In particular, as in the best tradition, the gang included a dunce, whose grades passed from 3 to 9 (on a 10 points scale proper of the Italian graduation system). This was enough to raise the attention of the school principal and the teacher who reported the gang to the authorities.

The subsequent investigation discovered a file script installed in the (unattended) teacher’s computer capable of stealing the password.

There are several questions raising from this episode:

My first feeling is that, although the school is increasingly adopting new technologies, its approach is still obsolete and not adequate to the digital rage of the native digitals. I am afraid this is the classical “tip of the iceberg” and I wonder how many similar episodes are happening undetected.

My second feeling comes from the inconvenient conclusion of this affair: a local company has offered to provide legal assistance to the material author of the tool used for the intrusion (a student of Indian origin), promising him a job in his IT department. This unhappy decision has obviously raised many controversies: is it correct to emphasize and reward similar behaviors? The implicit message is easy: take an illicit “shortcut” and you will be rewarded.

Unfortunately, I believe that such similar shortcuts, which are generally widespread in Italy, played an important role to bring us to our current crisis condition. Hence they should be discouraged from the beginning, and the digital world makes no exception.