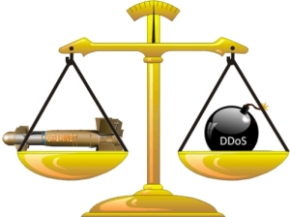 Cyberwarfare is generally considered asymmetric since, in theory, inside the cyber world “size does not matter” and a smaller and weaker state could declare a cyber war against an enemy, regardless of the size of the latter in the real world. Think for instance to the example of China and Philippines to quickly understand how this assertion can dramatically come true.

Because of this asymmetry and other factors such as the difficulty to trace cyber attacks, many consider quite likely that cyberwars might make wars easier according to the equation: “more cyberwarfare means more wars.”

A new and provocative article by Princeton’s Adam Liff in the “Journal of Strategic Studies” offers a completely new interpretation that may be summarized as: the advent of cyber-weapons may eventually promote world peace.

In his article the author debunks several myths about Cyberwarfare: first of all, cyberwarfare may seem asymmetrical but it’s a myth that advanced cyber-weapons are cheap and easily available; developing them requires a lot of resources, time, and operational secrecy. Think for instance to Stuxnet (and the effort needed to build it) that clearly demonstrates that building a targeted cyber weapon, capable of limiting collateral damages require a deep knowledge of the target and hence huge investment.

Moreover, would not be wise for weaker states to start a cyber war against an enemy nation without adequate capabilities to back up the same conflict in the real world, otherwise they might be wiped out by the conventional enemy response of the stronger state.

Last but not least, according to Liff, would not be easy for states engaged in cyberwarfare to fully understand the actual consequences of their own cyber-attacks. The risk of self-inflicted damage would be high while cyber-attacks might inadvertently affect some otherwise lucrative assets like an enemy’s banking infrastructure.

Instead, paradoxically, the availability of cyber-weapons, whatever their actual destructive potential, might in theory allow weaker states to get better bargains from their stronger adversaries, perhaps, even avoiding conflict.

In most cases, [cyberware] is unlikely to significantly increase the expected utility of war between actors that would otherwise not fight. Furthermore, a cyberwarfare capability may paradoxically be most useful as a deterrent against conventionally superior adversaries in certain circumstances, thus reducing the likelihood of war.

The article is not publicly available but you can find a nice summary by Evgeny Morozov (here an Italian version).