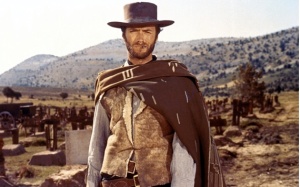 Oops, they did it again! After the first attack to Law Enforcement Institutions, the AnonLulzSec (that is the Antisec campaign led by Anonymous and LulzSec), inside what they defined the ShootingSheriffsSaturday, leaked again 10 Gb of Data from the same Law Enforcement Agencies, releasing over 10gb of private police emails, training files, snitch info and personal info. The attack was made in retaliation for anonymous arrests (and for the declarations stating that no critical data had been compromised during the previous hack).

As usual the attack was announced with a tweet, and the original statement is available at this link, and the leaked data include:

I found particularly interesting this quote from their statement:

A recent DHS bulletin has called us “script kiddies” that lack “any capability to inflict damage to critical infrastructure” yet we continue to get in and out of any system we please, destroying and dropping dox on the mightiest of government systems that are supposed to be protecting their sick nightmare of “law and order”. GIVE UP. You are losing the cyberwar, and the attacks against the governments, militaries, and corporations of the world will continue to escalate.

The DHS bulletin was released several days ago to provide some information to sysadmin in order to correctly face the Anonymous and LulzSec attacks, but what really looks interesting is the mention to Cyberwar. Hard Times for Department of Security, really busy to face attacks in the fifth domain from external (read other countries) and internal enemies (read Antisec).