Like the rest of the information security world, I have been impressed enough by the 50 days of Lulz. Even if one agrees with the detractors which claim that, after the first PSN hack, the LulzSec releases are of poor quality, it is unquestionable that the crew of the Lulz boat has contributed to make to the world aware, although with controversial methods and purposes, about the risks of data security. Moreover the list of their targets shows that this applies both to private and public inistitutions: from corporations to governments.

However there is another aspect I was particularly impressed by, and it was the war fought behind the scene between the bad guys (the LulzSec team), and the good guys as two main characters: an ethical hacker former military called @th3j35ter (already known also for hactivism) and a team of web sentinels, who called themselves Web Ninjas).

Since other characters played a primary role in this modern war as well (@on3iroi and a group called the A-Team), making the timeline and the scene of the crime further complicated and intriguing, I tried to collect all the possible information and references in the picture below. The whole story looks like a mix between a spaghetti western in modern sauce with a spy story (probably Hollywood scriptwriters should consider it for a movie).

What was the most impressive aspect according to my personal opinion? For sure the use of social media for intelligence purposes. Have a look at the way the first member of LulzSec Team Nakomis, was unmasked by @th3j35t3r. Is it Social Espionage, isn’t it? 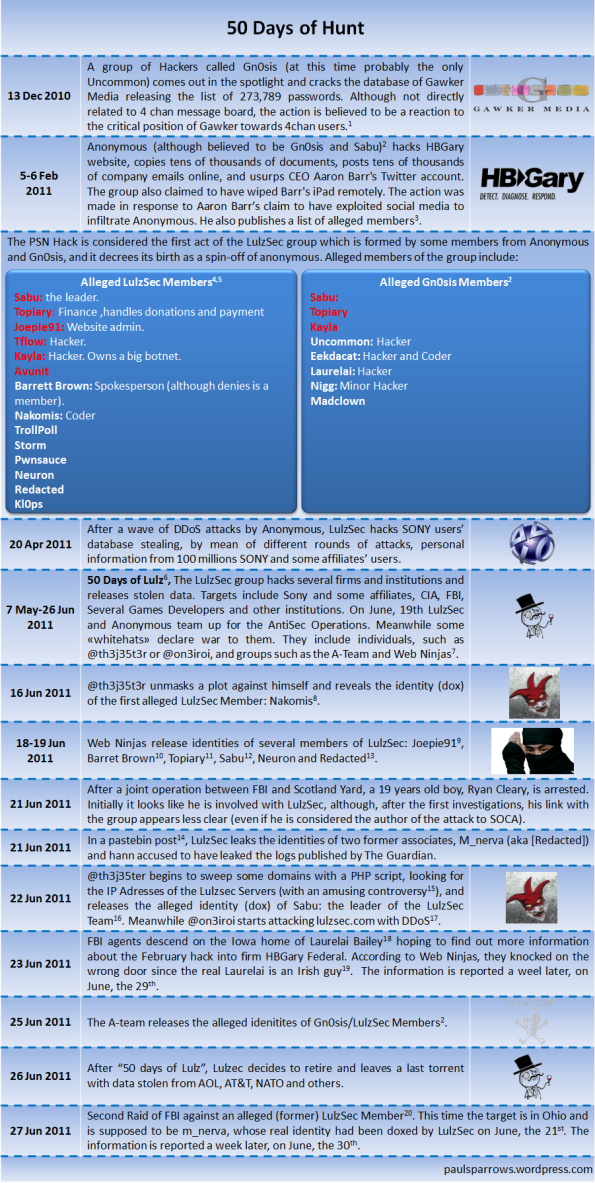