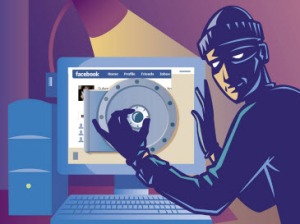 With great satisfaction yesterday I took advantage of a promotion so I updated the nav app on my Android device to the new premium version. Albeit I was very satisfied with the previous version, I could not resist, as usual, to a newer release: moreover the opportunity to save a dozen hard-earned euros was too tempting, so I gave a virtual credit card swipe and got the deal. Among the new features, I immediately noticed the so called “Social Navigation” (nowadays you may add the term social to anything), that is the possibility to share on Facebook or Twitter details about the journey.

My sixth sense and half told me not to enable the automatic share of journey details for a simple reason: what if a burglar should intercept my status update or my journey tweets, and consequently knew that I am leaving my home (maybe for several days)? The answer is pretty much simple… And it is exactly the reason why I am not used to post on Social Media details of my journeys, wether they are related to business or holiday.

Unfortunately it looks like many people do not think so and have the bad habit to post their holiday plans on Facebook or, worse, to publish in real times pictures shot too many miles far from home. Translated to real world, this behavior is like leaving an advert on the door to a burglar telling him there is nobody home.

This is an opportunity too tempting for “social burglars”, who have become familiar with these beahviors and also take advantage of weak default privacy settings, or also of the viral spread of information proper of social media, for probing profiles, looking for unprotected apartments to burgle.

From a social perspective, this is only the last field in which real life and virtual (social) life dangerously overlap, showing that the same threats may be equally applied to both areas. Luckily the same countermeasures may be applied as well, ans this is the reason why a UK Chelmsford-based security firm, Precreate Solutions for a small fee, provides its customers with “virtual updates” while they are away. The service, by mean of pre-approved messages, status updates and tweets scheduled while the customer is away, aims to show a real and virtual presence at home, discouraging potential criminals from taking malicious actions.

Of course holidaymakers should avoid to post their pictures or status updates while they are in holiday, moreover they also should be able to forge credible pre-cooked messages (what if they should update their status with a post telling “I am watching the football match” in July while there is no match, while contemporary posting pictures at the beach?

Thinking well this is not so different, in theory, from the old world approach where holidaymakers asked their neighbors to monitor their homes, to water the plants, and possibly to show signs of presence (switching on the lights for instance when not made through automated switches)… Moreover the bridge from real world to virtual world could become even more concrete, since Company director Gary Jackson claimed that

It’s getting to the point now when insurance firms are going charge higher premiums for social media users.

Maybe a marketing statement if it is true that the Association of British Insurers said it had never heard of insurers asking customers who use social networks to pay more, (and said it would not be practical to do so); a spokesman, however, warned people to think twice about advertising that they were away.