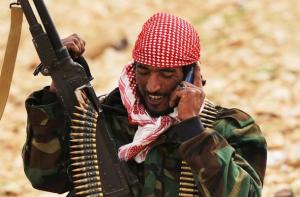 An interesting article from The Wall Street Journal confirmed what I have been writing in my posts since a couple of weeks: Mobile Technologies are destined to play a crucial role in modern conflicts (what I defined Mobile Warfare) and the traditional Military Corps of Engineers will necessarily have to be complemented by Corps of Network and Security Engineers dedicated to establish and maintain connectivity in war zones.

This is exactly what happened in Libya where the rebels, with the support of a Libyan-American telecom executive Ousama Abushagur and oil-rich Arab nations, were able to hijack Libyana Phone Network, the cellular network owned by one of the Colonel’s sons, to steal from Libyana a database of phone numbers, and to build from (partial) scratch a new cell network serving 2 million Libyans, renamed “Free Libyana”. This action was aimed to restore internal Cellular communications after Gaddafi shut down the country’s cellular and data networks.

The operation was led from Abu Dhabu by Ousama Abushagur, a 31-year-old Libyan telecom executive. Mr. Abushagur and two childhood friends started fund-raising on Feb. 17 to support the political protests that were emerging in Libya. During one mission to bring humanitarian aid convoys to eastern Libya, they found their cellphones jammed or out of commission, making nearly impossible planning and logistics. This was the reason why Mr.Abushagur decided to draw a plan for hijacking the Libyana Network, divert the signal and establish a new backbone free of Tripoli’s control, also with the intention to provide backing to the rebels forces which were beginning to feel the effects of the loyalist counteroffensive.

In a race against time to solve technical, engineering and legal challenges, U.A.E. and Qatar (whose officials didn’t respond to requests for comment) provided diplomatic (and economical) support to buy the telecommunications equipment needed in Benghazi. A direct support was provided also by Etilsat, Emirates Teleccomunications Corporation, which refused to comment as well). The support of the Gulf nation was necessary also because, meanwhile, it looks like that Huawei Technologies Ltd., the Chinese Company among the original contractors for Libyana’s cellular network backbone, refused to sell equipment for the rebel project, causing Mr. Abushagur and his engineers to implement a hybrid technical solution to match other companies’ hardware with the existing Libyan network.

By March 21, most of the main pieces of equipment had arrived in the U.A.E. and Mr. Abushagur shipped them to Benghazi with a team composed by three Libyan telecom engineers, four Western engineers and a team of bodyguards: the Corps of Network Engineers committed to build the new infrastructure in the war zone. 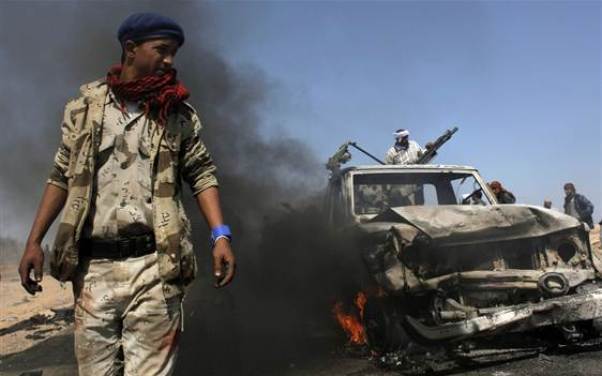 Since Col. Gaddafi’s forces were bombing the rebel capital, Mr. Abushagur diverted the Corps of Network Engineers and their equipment to an Egyptian air base on the Libyan border (another indirect show of Arab support for rebels). Once in Libya, the Corps paired with Libyana engineers and executives based in Benghazi. Together, they fused the new equipment into the existing cellphone network, creating an independent data and routing system free from Tripoli’s command. To be free from Tripoli was also a security requirement, since Col. Gaddafi had built his telecommunications infrastructure in order to route all calls (and data) through the capital in order to be easily intercepted and eavesdropped.

After implementing the network, the new Telco had to attract “customers”. A war zone is not the ideal place for advertisement, so nothing better than capturing the Tripoli-based database of phone numbers, and inserting Libyana customers and phone numbers into the new system called “Free Libyana.” The last piece of the puzzle was securing a satellite feed, through Etisalat, with which the Free Libyana calls could be routed.

An important detail: all the operation was successfully performed without the support of allied forces, the result is that rebels now can use cellphones to communicate between the front lines and opposition leaders.

If for a moment we forget that we are speaking about cellular networks, we could assimilate this event as part of a civil war operation, in which friendly countries and dissidents from abroad endeavor to provide weapons to rebels in order to turn the tide of a conflict (examples of which the history is full). In this circumstance this operation did not turn the tide of the conflict (at least so far but mobile warfare, while important, has still a smaller weight in a conflict than real warfare), nevertheless, for sure, restored mobile communications are supporting the leaders of the rebellion to better communicate among them and to better organize the resistance against the loyalists: as a matter of fact the March cutoff forced rebels to use flags to communicate on the battlefield. I will never tire of saying that the events in the Mediterranean area do (and did) not rely solely on conventional weapons but also on weapons of communications (the mobile warfare) through which rebels forces provided abroad the information necessary to witness exactly the brutal internal events and rallied international backing.

After so much theory depicted in my posts, finally the first real and meaningful example of the importance of mobile warfare in the events of Northern Africa, and that example! One single event has unleashed the importance of mobile technologies in war zone and the crucial role played by specialized teams dedicated to establish and maintain communications: the Corps of (Network and Security) Engineers.