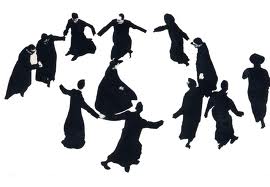 Today many Italian newspapers devoted their front page to an interesting article issued by Civiltà Cattolica (Catholic Civilization), the regular fortnightly published by “La Compagnia di Gesù (Society of Jesus), the religious order of jesuits, entitled “Etica Hacker e Visione Cristiana” (Hacker Ethic and Christian Vision). In this Article, Antonio Spadaro, Jesuit, Italian theologian, writer, and a specialist in new technologies for the Holy See, analyzes the world of hackers looking for points in common with the Christian philosophy. The article is quite complex and fascinating, but there are some real interesting hints.

Although some assertions are not fully shareable (and the article begins with the predictable differentiation between hackers and crackers), there are some surprisingly points which, according to the author, are common to the hacker ethic and the Christian vision because;

That hacker is, in short, a sort of “philosophy” of life, of existential attitude, playful and committed, which encourages creativity and sharing, as opposed to models of control, competition and private property. So We can guess as properly speaking of hackers we are facing not problems of criminal nature, but to a vision of work human knowledge and life. It poses questions and challenges as ever

But probably the most interesting (and hazardous) point, relies on the parallelism between God’s Work and the action of a hacker, supported by quoting the work by Pekka Himanen “The Hacker Ethic”, that takes its cue from a question of St. Augustine: “Why God created the world?” The hacker answer to the question of St. Augustine is that God, as being perfect, did not need do anything, but just wanted to create, and in this sense God might be indicated as a model for the hacker if not the first hacker…

Of course summarizing a so complex article with few words might lead to misunderstanding, also because I found some inconsistencies in it, the most marked of which is represented by the fourth of the “7 Commandments of the Personal Computer Revolution” which Steven Levy forged in his Hackers, that states:

Which sounds a bit too far from the Christian Vision. As a matter of fact, promoting an “horizontal” interconnected world with no authority and hierarchy, just too different from the vertical impulse proper of the transcendent thrust of believers towards God, we could define it a model that is hierarchical by definition. Moreover to this discrepancy I add that the fact that the open source model is more similar to an open bazaar than a monolithic cathedral (quoting the work The Cathedral and The Bazaar by Eric S. Raymond). 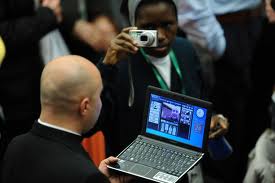 Anyway I must confess that, although I started reading the article with a little bit of suspicion, I ended up appreciating the content that gave to me a complete new and different key of understanding (sometimes a bit forced actually) of the hacker ethic in a religious perspective, and even if you are not believers, it is in any case an original point of view to analyze. If you have some time do dedicate (it is a quite complex reading), you may find the original article, in Italian, here.

I enjoyed so much in learning that Larry Wall, the inventor of Perl, with whom I played many nights when I was younger, is an evangelical Christian, and the name itself of its creature (Practical Extraction Reporting Language) is a biblical reference to the “pearl of great price” (Matthew 13:46).